A little something I wrote a few months ago. Enjoy.

You just couldn’t agree more. That Murphy guy or whoever invented that term, at one time, must had experienced something dire, one by one, again and again, beyond comprehension.

Shattered beliefs and crumbling reality, things you afraid of most and things you hated the most, all came crushing down at the same time. Leaving your soul with nothing to cling on, with nothing to reach for but strains of bleak hopelessness and despair. You were drowning in a huge thick glass block of water, entrapped in a chained straight jacket you put on yourself, and you finally realized you’re no fucking Houdini.

A tiny epiphany shone in your tiny little mind, like sunlight bursting through little gaps of leaves and swirling branches in the forest, you can’t avoid what’s inevitable. Resistance was futile. So you just stopped struggling and be still..

Even if you didn’t really know what the hell you were waiting for. A miracle perhaps. Because you have always believed in miracles, even though all your life you could only see exactly the opposite. Well, the people at the church and Hollywood surely have done a damn good job there.

Or maybe you’re waiting for someone to finally noticed that you are dying, and offered to give you a sweet eulogy when, after all of this was over, you lie in a beautiful casket full of flowers, breathless and motionless. Smiling contently, at last.

So you just kept on waiting..

Even though regrets were seeping through your soul, like the cold water filling up your broken lungs. Even though breathing and staying alive were painstakingly the hardest job you have ever done. Even though all your veins were bursting and blood floating around you buoyantly, slowly and beautifully, like scarlet mist in an afternoon sky.

But you kept on waiting..

And then your mind couldn’t help but wandering. Thinking about the ones you loved the most, about all the lies you told and all the nasty things you have done to them, and suddenly a simple “sorry” felt thousands times more valuable than all of Solomon’s lost treasure. Then you felt sad. And you liked it when you were sad.

But “sorry” is just a word, apology is just a social gesture, tears are just saline, and sadness is a mere emotion triggered by some hormones, and regret is just some psychological reaction to a certain stimulus. Just like when you say “ouch” when somebody pinches you.

But are you truly alive?

When your needs, desires and dreams were made up by consumeristic advertisings created by multinational corporate owners sitting in their aesthetic office somewhere in a place you would never go in your life time, could you call yourself alive?

When you said that all these things would make you happy, did you really understand what you were saying?

And you remembered some pseudo-science article that you Googled once: happiness is a cocktail of dopamine, serotonin a drop of adrenaline, which you could always get easily by popping some pills. But happiness is just like GOD. Everyone talks and seems to know about it more than the next person. But the hard truth is, nobody really knows what it is.

If misery is the absence of happiness, and if happiness is nothing but self-centric, self-deceiving meanings you made up yourself, why do you feel miserable?

Is it just to justify yourself that you never meant to hurt anybody? Was it just to assert a little shards of sense of morality that you posses? Was it just to convince yourself that all were honest mistakes? While deep down inside you know exactly that it were never mistakes at all. Blame it all to the selfish gene and the survival instinct, but you know you made all the choices and all the decisions fully aware and consciously, by yourself.

No one else, just you. And you alone.

But too much knowledge will kill you. So as the bubbles popping out of your mouth and nose became less and less, you floated still..

Until the moment you finally popped out your single last bubble. And you could hear nothing but the deafening silence of white noise. 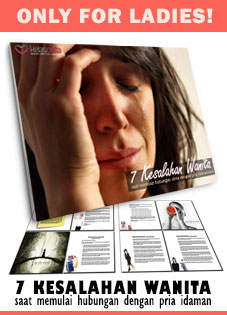 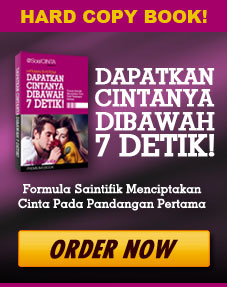